One of several cities in Montenegro, which is perfectly preserved not just with a lot of architectural monuments, but a whole complex of ancient attractions. In the Old town of Budva there is an incredible atmosphere of antiquity, and the concentration of tourists arriving to inspect its facilities is one of the largest in the whole of Montenegro.

The old town of Budva is an incredible open-air Museum. Here is a charming atmosphere in which you want to feel like a hero of the time. In the Old town of Budva are amazing sights of antiquity, unique in design, preserving the history of the distant past.

About the Old Town of Budva

According to archaeological excavations, the first settlement was formed here in the V century BC, and until the XX century, life was concentrated within the Old city. And this is despite the small area, which can be bypassed all in just half an hour.

Hotels in the Old town of Budva are in small numbers, but it is more convenient to stay in the new part of the city near the complex and go on excursions. Accommodation is available for any budget – from rooms and hostels to rooms in luxury five-star hotels of famous European hotels. However, for the high comfort in the latter will have to pay a round sum, especially in July-August, when renting prices rise 2 times.

Lovers of shopping on a European scale should better to go to the nearest Bar and Podgorica. Shops in the Old town of Budva are mostly about souvenirs, however, for many people it is a real pleasure to buy something into these shops. In them you can buy national prsut, local wines, decorative items, Montenegrin hats, semiprecious belts made by Budva masters.

You may think that all of them can not get around in a day, but this is only for a detailed inspection. A big plus is that there are all the attractions within the Old town of Budva. If there is no time to dwell on each in detail — you have planned a rich tour of the country, then it is quite possible to get around them in a day. Here are 10 of the best attractions of the Old town of Budva, which are worth a visit. Fortress walls, Citadel, historical cathedrals and temples, ancient gates and museums-the journey promises to be fascinating.

The fortress of St. Mary or the Citadel

Old stone fish in the Old town of Budva, which you may have already seen on the photos of Montenegro on the Internet, are on the wall of the Citadel-fortress of St. Mary. The citadel was built in the XIV century and was temporarily the Royal residence of The Zeta Principality. Throughout its existence, the fortress guarded the city from foreign invaders. Here you can also visit the Maritime Museum and library, which presents ancient exhibits-dishes, weapons, models of ships, ancient maps, books.

Fortress walls of the Old city

The main defense and the most stunning structure of the Old city. Powerful 45-meter fortress walls completely encircle the entire Old Budva. The walls have 3 aisles. Along them you can see the embrasures, gun platforms and watchtowers. Some of them were rebuilt in the IX century, and after a strong earthquake again erected by the Venetians, in the XVII century. Coming to the observation deck at the fortress walls, you can enjoy an incredible panorama of the whole city.

Cathedral of St. John the Baptist and Bell Tower

Catholic Cathedral in the gothic style was built in the XVII century, on the site of an old Church of the VII century. On its territory is the highest bell tower in the city, and inside the temple-the miraculous Budva icon of Virgin Mary. According to legend, it was written by Saint Luke himself. In the Cathedral there are also other valuable relics: icons of Saints Peter and Paul, chapels, an altar of rich marble, the figure of John the Baptist in a mosaic of murano glass. The Cathedral is a main church for local Catholics.

The famous Church was built in the XIX century, in the style of Byzantine temples. In the Old city it can be found in the very center of it — on the Church square, next to the Citadel. Above the entrance to the Shrine you can see the first mosaic depicting the Holy Trinity: Father, Son and Holy Spirit. Inside, there is a rich decoration, with the central element-the iconostasis, made by Greek iconographers of the XIX century. At the entrance to the Church there is a tombstone of the famous politician and writer of Budva-Stefan Mitrov Ljubisa.

The oldest Catholic Church, built in the VIII century, one of the 8 shrines in Montenegro, associated with the Holy Virgin Mary. She is the patron Saint of the city. The Church of St. Mary is located in the fortress wall, in the South-Western outskirts of the city. Attracts with unique architecture-irregular rectangular shape of the building, unusual design of the window, and the main entrance is on the left side. Services in the Church do not take place, the temple is used as a gallery.

A small square in the center of the Old town of Budva, in Montenegro, where you can make an impressive photo for memory near the real artifact of antiquity-the Roman altar. After the strongest earthquake in Montenegro, the stone was found at the excavations. Its set age is 20 centuries! Despite considerable damage from time, the inscription “Vincia Pavlina”can still be clearly distinguished on the surface of the stone. Scientists have suggested that it is a sacrifice of wine to appease the gods of the time.

A unique gate that opens from the city passage directly to the sea coast. The arch and the opening are stone, are part of the ancient fortress wall, the doors are made of massive wooden boards, fastened together with iron guides. Many historians believe that the Eastern gate of Budva used to be used by fishermen to quickly get to their boats and get to work. You can find them next to the English pub Prince, on the outdoor terrace. The pub can also be called a landmark, because only here and in the top three places in Montenegro you can order and taste the delicious Guinness.

Among the museums of Budva, perhaps the most visited — Archaeological. The Museum with historical exhibits opened its doors in 2003 for anyone interested in Montenegrin history. Its walls contain small archaeological and ethnographic collections: ancient Roman and Greek jewelry, ceramic and glass dishes, mosaics. Interestingly, most of the exhibits were found and brought to the Museum at the excavations, after the devastating earthquake of 1979.

One of the oldest churches and one of the smallest in Montenegro. Built in the XI century and dedicated to St. Sava-the founder of the Orthodox Church in Serbia. According to legend, the Saint made a pilgrimage to Jerusalem from this Church. Inside you can see well-preserved frescoes of the XII century. For about 8 centuries it held Orthodox services. And after the conquest by the Venetians, Catholic masses were added to the Orthodox services. Together with the Church of St. Mary, the Church of St. Sava is the only surviving structure built on the ruins of an ancient monastery.

Near the archaeological Museum in the summer unfolds Antiques market, where local collectors and not only sell rare jewelry, coins, household items.

The sights of the Old town of Budva are incredible. Even the fact that it is one of the oldest settlements on the Adriatic coast, encourages thousands of tourists to come here every year from around the world. Only a few cities in Montenegro, including the Old town of Budva, have a chance to get into the incredible atmosphere of antiquity, which is interesting for visitors and very curious.

If you are going to Montenegro for the first time, the tour operator “Open Balkans” advises you to visit this incredible city and go through all ten attractions. We assure you that after this trip you will want to explore all corners of the country. Enjoy your travels in Montenegro, find your favorite place and go to meet it. 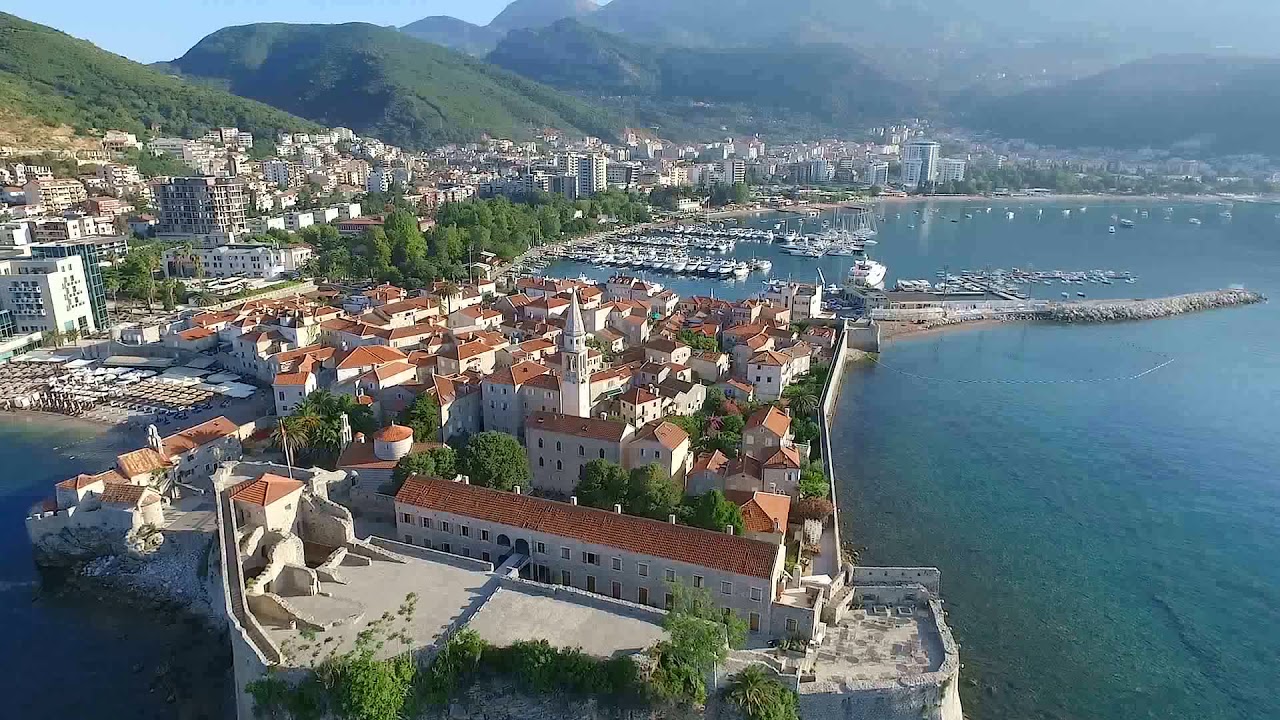