Local cities, Islands, villages, beach line are worthy of attention of tourists. Most often in The Bay of Kotor tourists are engaged in sightseeing of cultural attractions. They visit the temples of Kotor, the palaces of Tivat, climb the steep stairs of Herceg Novi. It’s a busy tour.

Boca Kotor Bay in Montenegro is considered one of the central attractions of the country. It was thanks to a convenient secluded Bay here began to flock merchant ships. This led to the development of local cities like Kotor, Perast, Tivat. Even earlier, before the development of trade, the beautiful Bay attracted people to these places — the cities of the Bay Of Kotor have been inhabited for many centuries. Today, the Bay is interesting to thousands of tourists who come to these regions to fully relax.

About the history of the Bay

The Bay of Kotor in Montenegro got its name from the Venetians. Its original name is Bocca di Cattaro. The word “Bocca” here means “mouth”, and “Cattaro” — the main city of the Bay of Kotor. The Bay as it captures part of the water expanses, swallows them and serves as the gate of Kotor. In English, the name was simplified to Boka Bay.

Once upon a time there was a lake on the site of the Bay, into which hundreds of streams flowed. The lake was full-flowing and gave part of the water to the sea. Then (about 100 thousand years ago) there was an earthquake. This led to the fact that the lake was connected to the sea and turned into a luxurious Bay. The depth of the Bay reaches 40 meters, and the width at the narrowest point-300 meters. Therefore, even the largest ships and liners without problems sail here.

The Bay can be viewed from all sides and angles – this allows you to make a coastal road length of more than 100 km.

It is divided into four parts by the names of local towns. There are four bays:

If you look at the photo of the Bay of Kotor (Bay) in Montenegro, you can see the Islands here. Islands adorn the Bay, making it truly luxurious. At the same time, they do not interfere with arriving liners at all. The most famous among the Islands is the island of the Our Lady of the Rock. It is an artificial formation on which the temple is built. This place has an interesting history.

Another famous place is St. George’s island or “Island of the Dead”. This is a closed monastery, where access for ordinary tourists is impossible. You can visit the island of Mamula, the island of Flowers, island of Mercy and the island of St. Mark. They are open to travelers.

Reviews about Boca Kotor Bay in Montenegro are usually positive. The Bay itself is a landmark. However some interesting places here can be singled out separately:

These are the largest of the local cities, which are definitely worth a visit to get into the spirit of the Bay. Each of the cities has its own attractions and interesting monuments. These are really old settlements. For example, Kotor was inhabited 10 thousand years ago-this is evidenced by the findings of archaeologists. The city previously belonged to the Byzantines and Romans, and from the VI century became known as Kotor.

Boca Kotor Bay in Montenegro was a point of attraction for new residents. The oldest city of Kotor has preserved its treasures for tourists. The old part of the city is now under UNESCO protection. Here you can see religious objects (St. Tryphon’s Cathedral, St. Luke’s Church, St. Nicholas Church, the Church of the virgin “health”, St. Mary’s Church), as well as the old Clock tower, the fortress, the city chambers and much more.

No less interesting is Perast, which also belongs to the old cities. Here, as in Kotor, the remains of Neolithic settlements were discovered. Perast for a long time was just a small village, only from the XIV century it began to grow. The development of the city was stimulated during the period when it became part of the Republic of Venice. In the period from XV to XVIII centuries. there flourished trade, built new churches and cathedrals, as well as expensive houses. Perast’s attractions include palaces, churches and Islands. You can also visit the city Museum, founded in 1937.

Tivat on the background of Kotor and Perast may seem quite a young city-it was founded in the VII century. Today, there is the largest airport in the country, where tourists arrive. Tivat has its own attractions. Arriving here, you can see the complexes, residences and palaces. Ancient temples have been preserved in Tivat. The oldest Church of the city is the Church of St. Sergius, founded in the IX century. The most visited of the attractions of Tivat is Porto Montenegro — the largest port with mega-yachts.

In the XIV century Herceg Novi was founded. The fortress city was built at the foot of mount Orien. Herceg Novi is known for its stairs and ascents, it is located in a hilly area. Here it is worth visiting the churches, which are quite a lot, the fortress of Forte Mare, the Turkish fortress of Kanli-Kula, the clock tower. There are other interesting places. During walks in Herceg Novi you get very tired because of the constant ascents and descents.

Boca Kotor Bay is worth a visit to see the local attractions. Beach holidays here are not recommended-the Bay is quiet, calm, no waves, but the water can stagnate. There are no beaches as such, the coast is rocky or with large pebbles. There are also concrete pontoons, which are also not suitable for beach holidays.

Nearby are large (for Montenegro) and noisy cities, ships regularly enter the Bay. Tourists can enjoy the local atmosphere, visit the Islands and cities, stock up on Souvenirs, appreciate all the features of Montenegrin cuisine.

Features of rest in Boko-Kotor Bay

Boko Kotor Bay, in Montenegro, attracts millions of tourists from all over the world not only natural, cultural and architectural attractions, but also unique beaches surrounded by centuries-old mountains. No place in Montenegro can offer such a diverse holiday as the Bay of Kotor. You can spend time exploring historical cities, ancient fortresses and temples. Or you can go to gorges, forests, mountains and national parks to test yourself in a dialogue with nature. Or study the national cuisine, in between sunbathing on the beach and swimming in the sea.

Benefits of a holiday in the Bay of Kotor, located in one of the most impressive countries on the map of the Balkan Peninsula:

the opportunity to combine sightseeing, religious, active and beach holidays in one place;
* quiet, picturesque and contrasting holiday;
* close proximity to Tivat international airport and sightseeing routes in Montenegro;
* the opportunity to taste the best Montenegrin dishes and fresh seafood with low prices;
• possibility to stay in an apartment or hotel of any star category on the picturesque sea shore;
• this is the best place to explore Montenegro.

The beaches of the Boka Bay

If you are inspired by the picturesque photos of Montenegro and intend to spend your holidays basking on the contrasting coast of the Bay of Kotor, under the Montenegrin sun, you should learn more about the best cities and local beaches. Sandy, large and small pebbles, with the complete absence of waves in the sea and crystal clear water — not fiction from the reviews of the rest in the Bay of Kotor in Montenegro, but the real truth.

If you search for suitable beaches in the Bay of Kotor, it is better to immediately exclude Kotor. There is no access to the water — the whole coast is occupied by the seaport. The beaches close to this city are in Kindness. There in places pebble, in places concrete coast stretched for several kilometers. The water is warmer than the open sea. And most importantly-you can come here with children. There are many shoals and the water is incredibly clean.

4 more beaches deserve attention, next to the lesser-known towns of Boko-Kotor Bay:

1.”Bajova Kula” near Perast. It is a small-pebble, picturesque beach with clear water. Near the shore there are fresh springs, so the water is a little cooler than on the shore of neighboring settlements.

2.The beach in Orahovac. Despite the width of only 100 meters, it is a very picturesque beach, surrounded by trees, creating a natural shade. The shore is covered with small pebbles and sand, the water is clear, deep turquoise shade. The beach is popular with families with children also because the entrance to the water is gentle.

3.The beach at cape Marko. Located between the towns of Prcanj and Stoliv Donji. From the shore there is a breathtaking view of the bend of the Bay, the beach is covered with pebbles of medium size. However, there are places with an unexpectedly deep bottom.

4.The beach in Risan. A quiet place on the shore, where there are no waves, and the water is richer than the sky shade. The beach is divided into several zones — urban and private. There are two coatings-pebbles and concrete. But despite the presence of stones on land, the seabed here without a single stone. Because of the lack of waves, the water is never muddy, always crystal clear.

To stay in any of the towns of Boko Kotor Bay in Montenegro, if you look at the map, will not be a problem. Even more interesting information-you can stay within any budget. Popular apartments and budget hotels, the concentration of which is different in a particular city. So, most of the proposals for renting a room or a full apartment falls on Kotor. Less in 6 times offers in Herceg Novi and half less from the last — in Tivat.

A walk along the Bay of Kotor will not end grandly without visiting local restaurants and cafes. There are a lot of them in the Bay, starting from the usual cafes for 6-10 people and ending with oyster farms with Seating for guests, overlooking the mirror Bay and the monumental mountains. Local restaurants prepare freshly caught seafood, pizza, national dishes, including delicious Montenegrin desserts.

Places that are worth at least once to visit-restaurant “Przun” in Kotor, a cafe in the camp “Mimosa” in Donji Stoliv, oyster farm in Drazin VRT, restaurant “Stari Milini” in Dobrota, “Gradska Kafana” in Herceg Novi.

Boko Kotor Bay is full of discoveries of any scale and character – whether it is a trip to historical monuments, a holiday on the beach overlooking the Bay, a gastronomic tour or active sports in nature. And all this-in the heart of the Montenegrin fjords. Together with the tour operator “Open Balkans” your wildest dreams of Montenegro will come true. 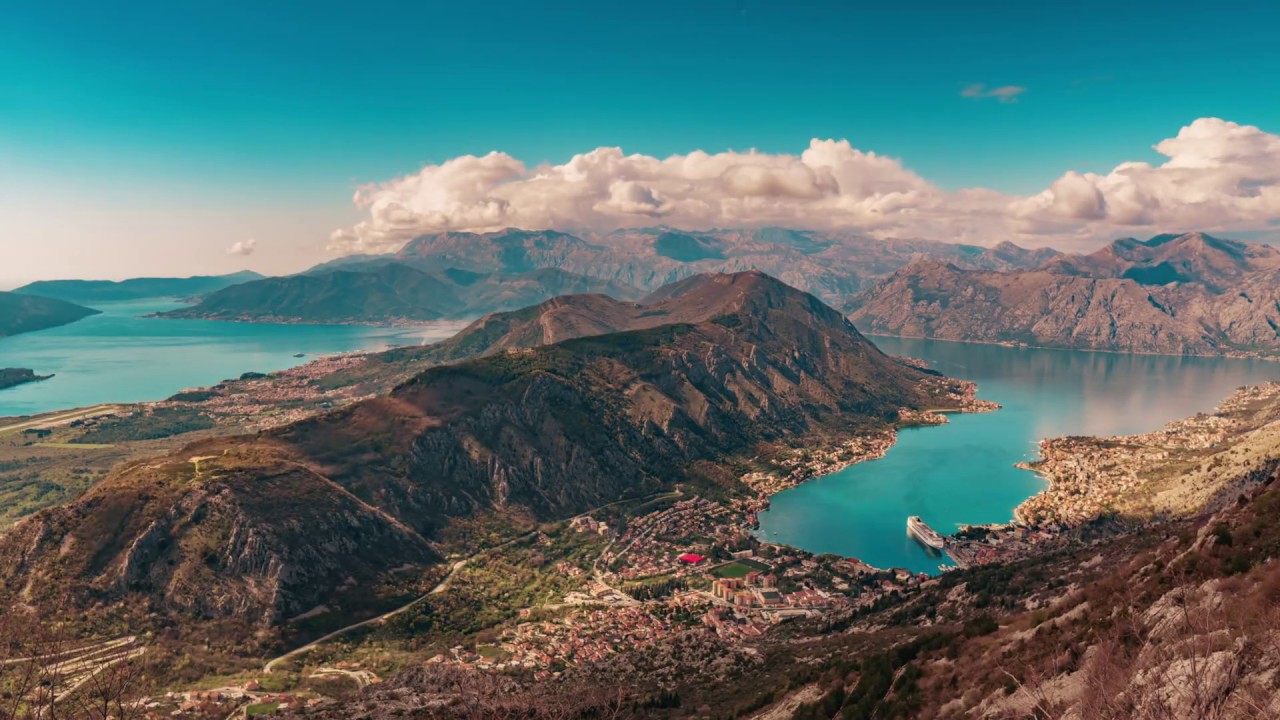